Diving head first into a cliche, I’m going to say Danielle Alvarez is the epitome of the old adage “good things come in small packages”. It’s a banal thing to say, but when it comes to this quietly talented Head Chef of Fred’s it couldn’t be more apt.

Standing at no more than 5 foot 3, Danielle is mostly apron and smiles. Her staff tower over her, all limbs and chopping skills, while she retains this blanketed sense of admiration and calm from them all. It’s a wonderful juxtaposition to see in an open kitchen such as Fred’s.

Danielle greets me at the door of 380 Oxford St with her warm, honey accent and soft demeanour. I usually find American accents a little jarring but she speaks with such consideration that even the busyness of the lunchtime setting fades into background noise. I instantly know that there is something special about Merivale’s new recruit, and if there’s anything I can say for Justin Hemmes, it’s that he certainly knows how to pick his people.

While Danielle still believes there’s much more for her to conquer in her career, here’s a thing or two you can learn from her, no matter how you fare in the kitchen.

Take a leap, it might be a good one

Danielle was born in Miami, Florida into a Cuban family. She grew up in one of 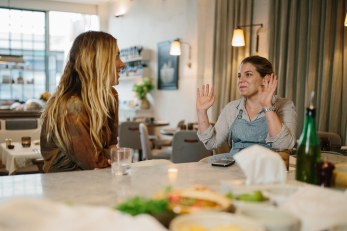 those big, robust household’s we’ve all probably dreamed of, the ones constantly surrounded by food and colourful personalities and an abundance of love. And, while her original plans may not have included working in some of America’s best restaurants, the famous Chez Panisse and French Laundry to name a few, it certainly seems they were always a part of her dreams.

“I suppose my family is where the love of food and cooking came from. I was always in the kitchen with my mum, she’s an amazing cook and I was her little sous chef. I originally went to university and studied Art history. But, really cooking as a profession never came into my mind until a few years after I had graduated from university and was already working in the art world. I just realised that’s not the direction I wanted to go.

”I thought, what do I really want to do? I was always thinking about cooking. I was always daydreaming about what I was going to cook on the weekends or my days off. I decided to give professional cooking a go and I enrolled in cooking school. I’d never worked a day in a restaurant, I just took a leap and it turned out to be a good one.”

The idea of Fred’s evolved as a concept purely between Danielle and Justin. Looking at it now, it’s very Merivale, very modern with it’s humble tones, thick marble bench tops and roaring open fireplace. It’s alluring but not offensive. Danielle cooked for Justin one night, he loved it and hired her for the job. Immediately he asked her to “sketch out the kitchen” and that night they went back to Justin’s Vaucluse home and drew up the original vision for Fred’s. 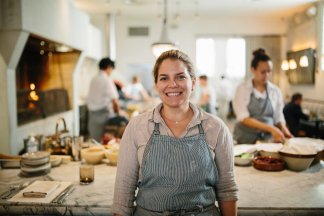 And sure, this all seems very serendipitous and smooth sailing, but that was back in 2014. It’s been two years, not just of hard work, but of peoples lives, two years of sheer dedication just to get the doors open and make Fred’s what it is today.

“You have to be very strong to be a chef. The physicality of cooking on the one hand is very tiring, then being away from your friends and family, at the most important times, can be the biggest challenge.

“This place has been a culmination of a lot of emotions for me. Unfortunately my brother lost his battle with cancer six months ago. It was very intense and I sometimes wondered, you know how do I achieve this, what am I giving up and how do I still do this while trying to maintain balance away from my family?

“Again it’s these questions of life whether you’re a chef or accountant or gardener – how do you achieve balance, how do you love what you do and find time for the people you love as well.

“But, doing this kind of work can actually teach you to handle other parts of life a lot better because, yes it is hard but so is life. There’s so many different parts of it that make me feel like this kind of work has made me stronger. You have to have strength of character, strength of mind, strength over yourself when you’re tired just to keep on going.”

We all need a bit of humility

It’s rare that I meet people so close to my own age with such profound golden nuggets of wisdom. And, maybe it’s the weight of the job before her, but even with all the notoriety bestowed upon chef’s these days, Danielle seems to hold this refreshing sense of humility about her. 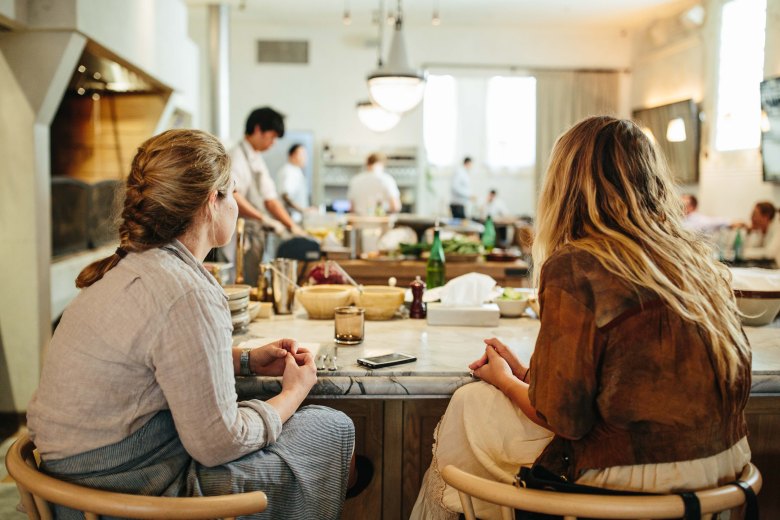 “At the end of the day, it’s still a service industry and I don’t think you get into that without being some level of humble, which I think is a great quality in people in general. I think we all need a bit of humility.”

Of course, it’s hard work and the people that have paved the path before her that keeps her modest.

“There are a number of people that really inspire me to keep working hard and do so in a way that complements my own life choices. Alice Waters from Chez Panisse in particular, a mentor of mine. She’s someone that never takes no for an answer and strongly believes in what she does. I never would have gotten here without her. Apart from her, I genuinely appreciate all people in my life who have dared to be non-conformist.”

Be the bravest person in the room

When I ask Danielle what her ultimate goal is? She’s not fussed with perfection. “I just want to make beautiful food in a beautiful space that makes people happy.” Which, in Sydney’s bustling food climate, seems more than achievable for someone like her. 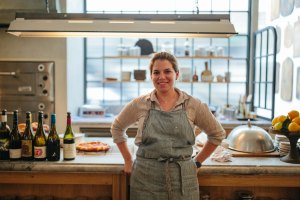 And what does she have to say to anyone following in her footsteps?

“Don’t be afraid of hard work, put your heart and soul into it. Sometimes just being the bravest person in the room or saying yes even when you don’t think you can do it is actually what gets you there. Most people let fear play them out of their dreams. Sometimes you just need to put your hand up and say I’m going to go for it. Just go for it and you’ll probably be fine. What’s the worst that can happen?

“Anyone that’s ever done anything once faced a situation when they had never done it before.”

Are you someone we should meet, or know someone that is? Why not drop your recommendations in the comments below and we’ll get in touch.