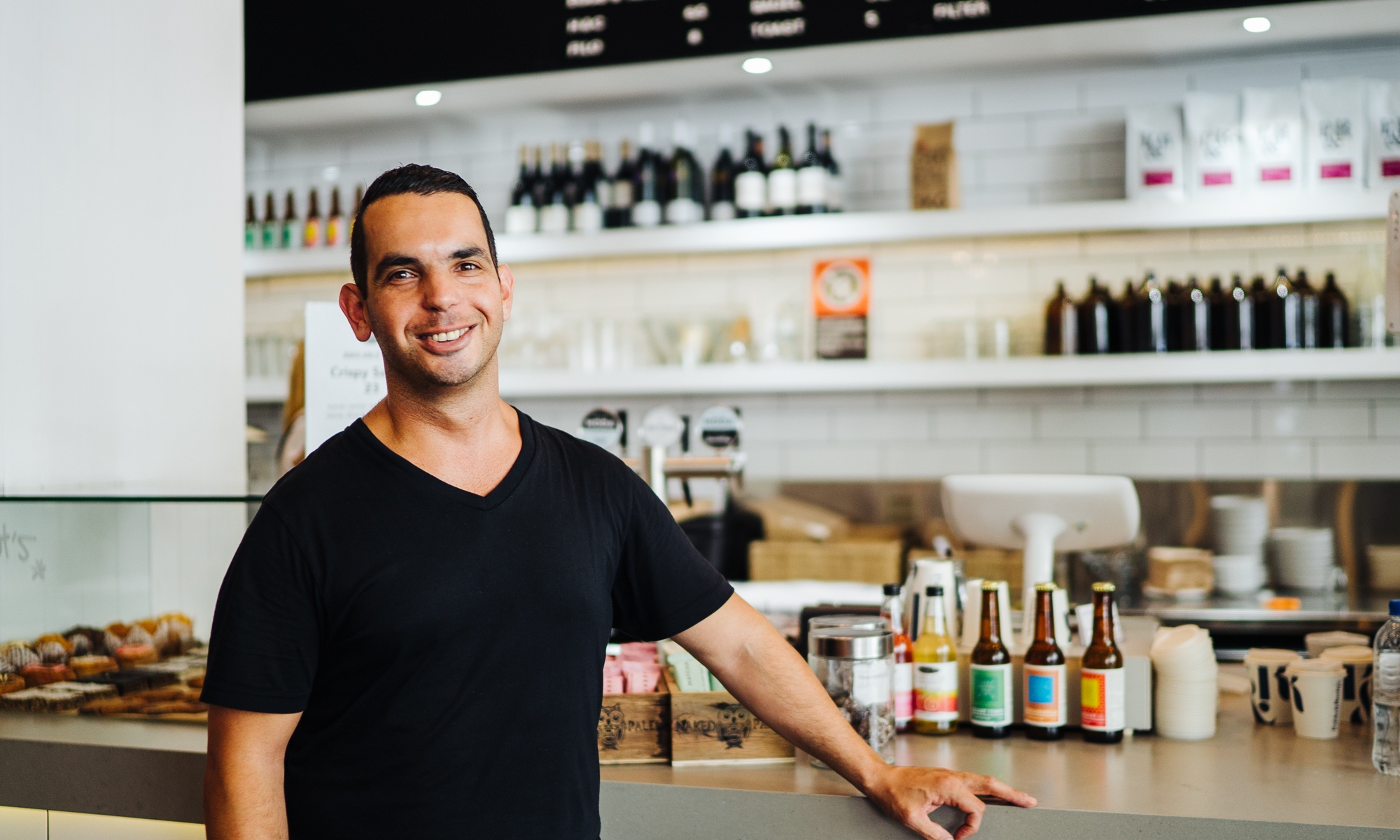 In the hospitality industry, where culture and consistency matters, trusting someone else to run your business on the floor requires faith.

While you might call it a sheer coincidence to find a guy named Frank to manage your cafe named Charlie and Frank’s, I call it fate.

I instantly knew who Frank was the minute I walked in the door. A small, potent gentlemen pulling out chairs for Mums with prams, finding tables for big corporate folks, running out orders, standing front of house, serving coffee and directing staff all within the space of ten minutes.

Charlie and Frank’s is actually based on a legacy. Owners Fran and George named it after Fran’s late father Frank and George’s late grandfather Charlie – two very hospitable and inspirational people. The culture of the cafe is based on the notion that anyone could walk into their house and feel completely welcomed. Pair this with a naughty/nice menu along with a delectable bakery selection, it’s one joint you certainly wouldn’t turn your nose up at.

But let’s be Frank here, Frank is certainly the guts of this cafe as it stands now and the real Frank would be proud.

The plot of Frank’s story is like any other barista’s, he simply just fell into it. After high school, he was poached from a supermarket to work in a little Greek Restaurant because he was so likeable. From there he was self-taught like every other barista back in the 90’s. Making good milk was the only thing that mattered and coffee was just straight up. 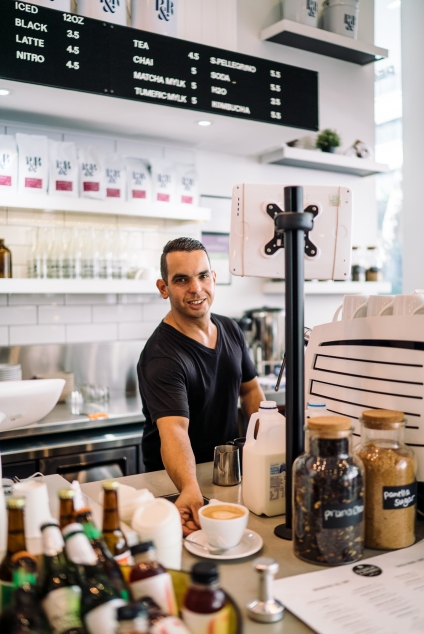 However, Frank’s sharp-witted demeanour tells me he’s been through so much more than just rolling jugs and pulling shots. I soon find out he has run his own hospitality business before, but it didn’t work out and he hasn’t owned one since. At the ripe age of twenty-five after a round the world trip, he thought he had everything at his feet and decided to open a takeaway store in Castle Hill.

“I thought I knew what I was doing. Five days a week, 7-3. I had a business partner, we thought we knew we were ready. You think you know everything and ‘this is going to be easy’ ‘we’re hard working’. Unless you have owned your own business there’s a lot you don’t know. No-one can prepare you.”

No expectations, no disappointments

Frank did it backwards but has no regrets. After shutting shop he began making his way through Sydney restaurants for the next ten years, before rekindling his love for coffee when he was snapped up to work at Charlie and Frank’s five years ago. He’s progressed from a much-loved barista to now an adored store-manager. 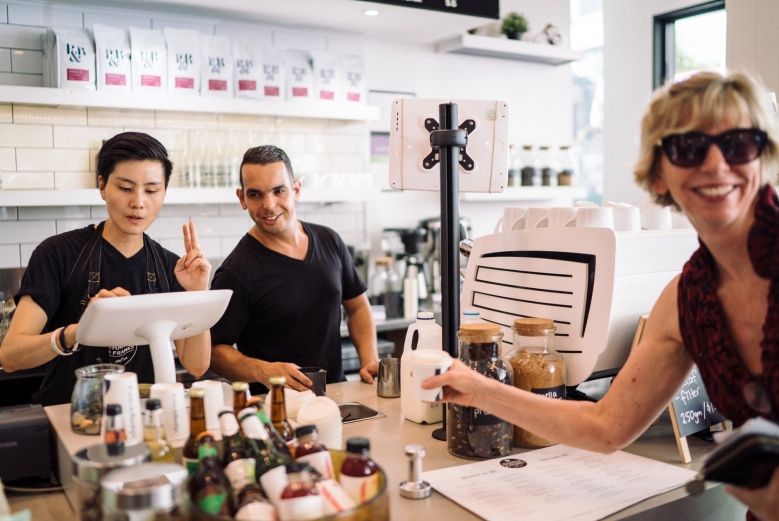 In a world where we are inundated with high expectations and being ‘successful’ no matter what industry you’re in, I admire Frank for his honesty and vulnerability. Especially from such a strong Italian guy who knows how to rock a black shirt, loves rugby and would drink coffee with Al Pacino any day.

You need a sturdy backbone to open your own business, but an even bigger one to step down with dignity and get back on the floor with the same self-respect. Not to mention having a great attitude about it.

“Finding the motivation to get up in the morning and do it myself was hard. I guess I was okay with that but it was quite hard when you’re not making money and it get’s depressing. My biggest challenge was bouncing back from that.”

Grow through what you go through

Frank’s advice? No matter how long it takes, value hands on experience over getting too big for your boots.

“I’m happy to learn as much as I can from Fran and George, they worked for people for a very long time before they did their own thing. They’re very professional and I can see that I can learn a lot from them and although it’s only been five years I’ve only touched the tip of the iceberg. I’m happy to just continue working for them for now until I feel ready.”

Hence why Frank’s broad shoulders were made for brushing off any derogatory comments about being anything less than a business owner in this industry. He believes any role requires a certain finesse to please the high expectations of people.

I think people perceive baristas as ‘unless you own your own cafe, you’re less of a person or whatever. But really, if there are people telling me they want their coffee like this and want that that’s cool, but you need people like us that actually care and love making coffee.

But if you do have decent feedback about your actual coffee, he will take it in his smooth Italian stride to fix it and continually send out a good product. In his years of experience, good product paired with service will make your business thrive.

Besides his strong yet personable attitude, he puts his likeability down to remembering names, faces and orders. Because who wouldn’t go back to the same place where you’re treated like a famous person for five seconds.

“Who doesn’t like that, a place where ‘oh you’re having your cap today’, walking in there and it’s made for you? I think that’s a huge thing. We’re creatures of habit”.

It’s all good in the hood

I ask Frank if he would consider opening up another business again with the leaps and bounds he’s made since. But again, he stands before me with the wisdom that there’s still plenty of time.

“I guess I’m still a little bit scarred from that. Maybe that’s why I haven’t yet gone and done my own thing. I mean everyone says I should do it but there’s a whole other side to it. I don’t want to rush into it, I’ve learnt my lesson. No regrets.”

Regardless of where he’s at, it’s all good. As, the old saying goes ‘if you love what you do, it doesn’t matter’. It’s always going to come out good.

You can check Frank out for yourself at Charlie and Franks – 110 Walker St, North Sydney.

Are you someone we should meet, or know someone that is? Why not drop your recommendations in the comments below and we’ll get in touch.

All imagery by Daryl Kong