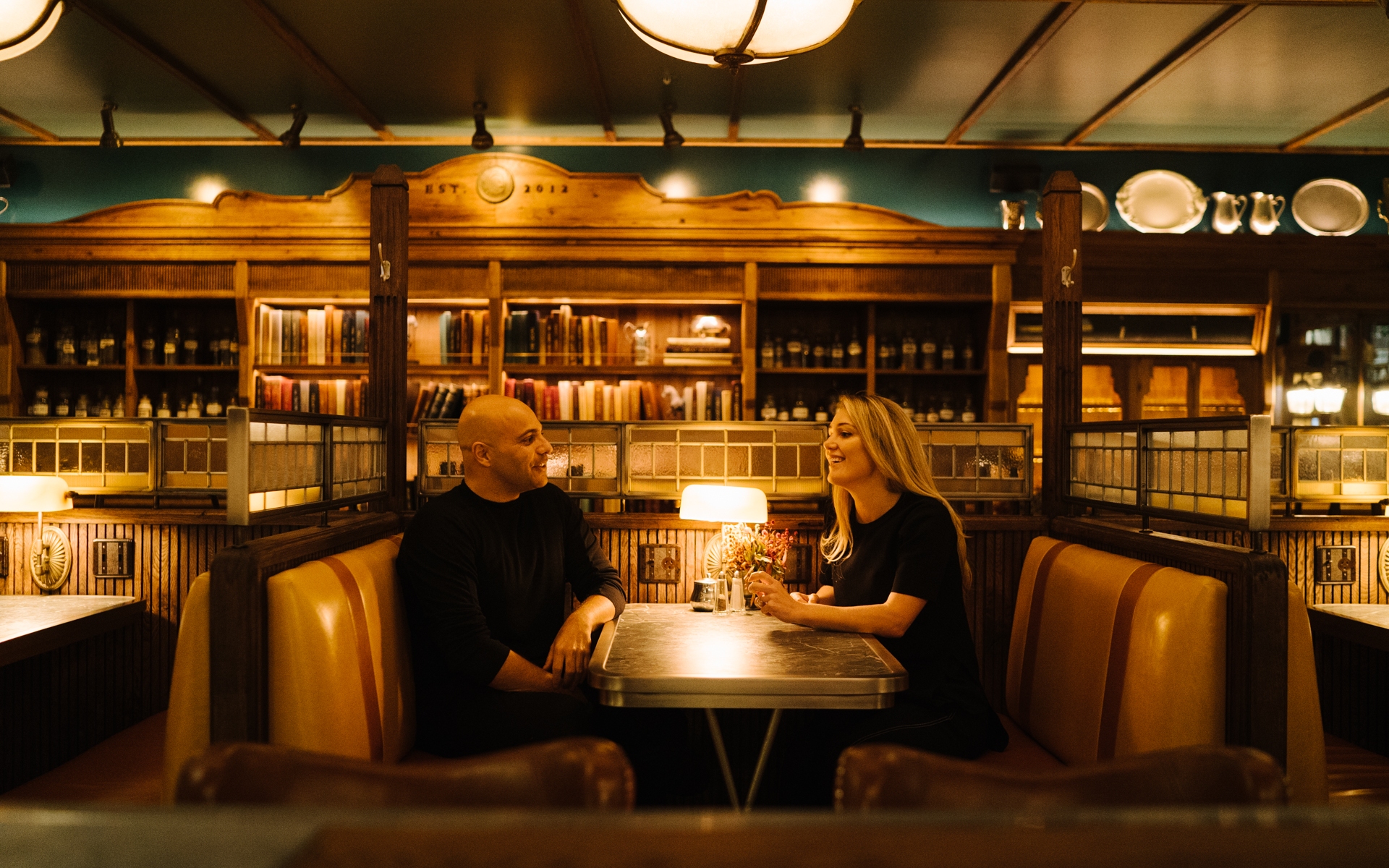 There’s something incredible that spots like Charlie Parker’s, Archie Rose, Fred’s and The Grounds all have in common – and that would be renowned design-duo Caroline Choker and Vince Alafaci from ACME&Co.

It’s not easy designing ‘winning’ venues all the way from concept to completion, in fact it can take up to three years of work to pull off any one of ACME&Co’s projects. But despite the hard yards behind the scenes, these partners in life and business seem to make it look like a walk in the park. We sat down with Vince and Caroline for a wine at newly opened The Grounds of the City to find out how ACME&Co became so synonymous with beautiful hospitality design.

History isn’t short of successful couples but it’s always nice to come across a pair that truly seem so in awe of each other’s abilities. Catching up with Caroline and Vince I see instantly how they work so in sync; both equally independent, each respectful and admirable of the others talents without being overly cutesy about it.

Interestingly, when they first met, neither Vince nor Caroline knew what each other did. At the time Caroline had over 10 years of interior design experience under her belt as well as two businesses and Vince ran his own architecture practice. 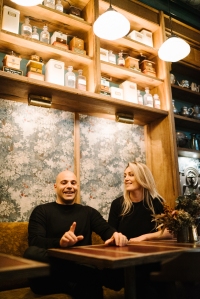 With their similar backgrounds, both growing up with fathers in construction and building as well as living one street away from each other, one would have thought the duo would have met up sooner than they did. But, as fate would have it, they’d meet at Ms G’s on a crowded Friday night and begin dating a few months later.

“It was the opening of Ms G’s and a girlfriend of mine said “I’m going to pick the guy you’re going to marry because you have the worst taste in men”. The night we went out she said “tonight’s the night you’re going to meet your husband” and she chose Vince out of a crowd and said “he’s got kind eyes’.”

Caroline and Vince ended up dating one year before their design firm came to fruition. Now more than 5 years on they’re responsible for the conceptual aesthetics of some of Sydney’s most impressive hospitality venues and to date have worked on over 100 projects.

Down to the details

While the design duo go to extravagant lengths to make each project unique, if you’ve stepped inside any of the venues closely attached to ACME&Co you’ll notice there’s one distinct similarity that makes them so socially coveted; attention to detail. 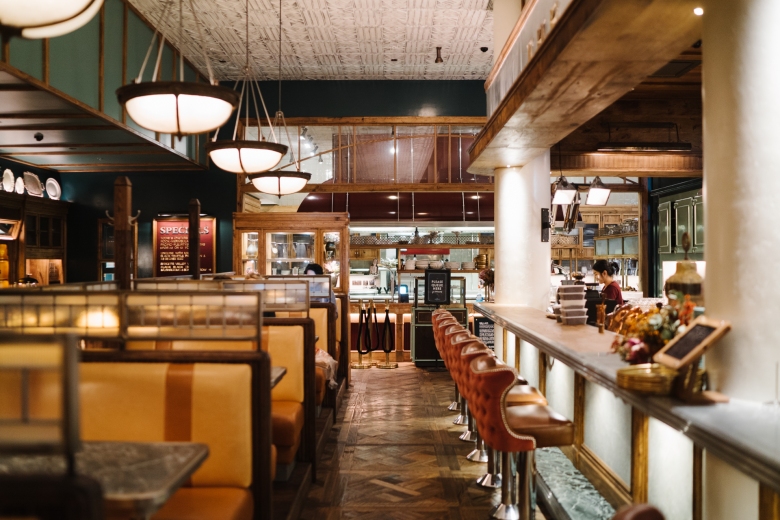 “We try not to fall in the trap of following on from one project with similar concepts to the next,” says Vince. “…..We try to challenge what we’ve done previously as each project has their own ethos. Fundamental to all our projects is patron experience and human psychology.”

From there they analyse all the details especially the tactile elements. “Every detail, small to big, is what truly creates an experience; things people will be touching, from the material they’re sitting on to what they might be smelling, even to what they might be reading when they pick up a book off the shelf, it all has to work together,” says Caroline. 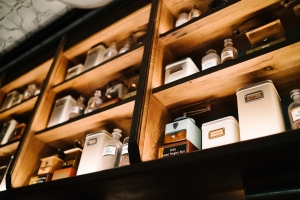 Anything you may come into contact with at a venue like the Grounds is carefully considered, laboured over and slowly pieced into the overall experiential puzzle.

When I ask what makes them so successful, Caroline brings it back to their relationship. One of their biggest strengths and weapons as partners is being able to converse, workshop ideas and look at things from different perspectives.

“With our individual experiences we teach each other, support each other, push each other and prop each other up – that takes our creative platform to a whole new level.” 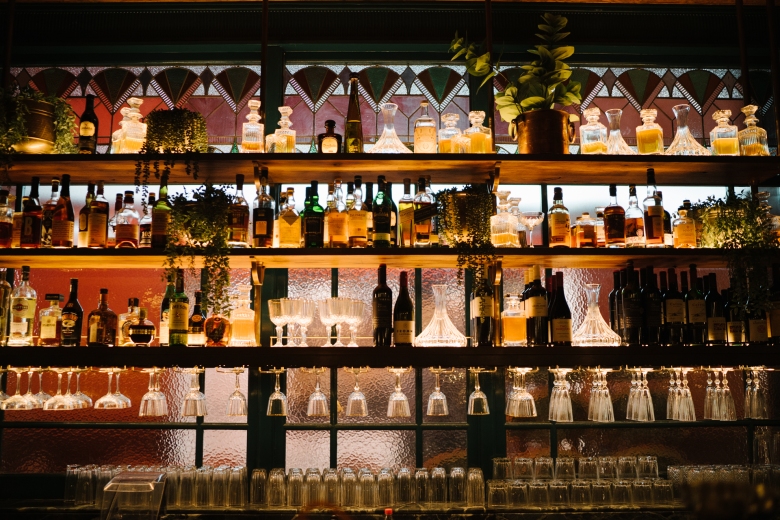 For The Grounds of the City, “We felt like the CBD lacked soul, so our vision was to capture the glamour and nostalgia of original coffee house culture and transport the patron into an era of old world charm,” Caroline explains.

“With this project we pushed the boundaries and broke quite a few rules in the process” Vince says, “If you don’t break the rules then you don’t get anywhere and you essentially end up with the same results.”

Appetites for the world

It’s easy to see that Caroline and Vince are influenced by their own global curiosities, spending months out of every year travelling and sourcing pieces. 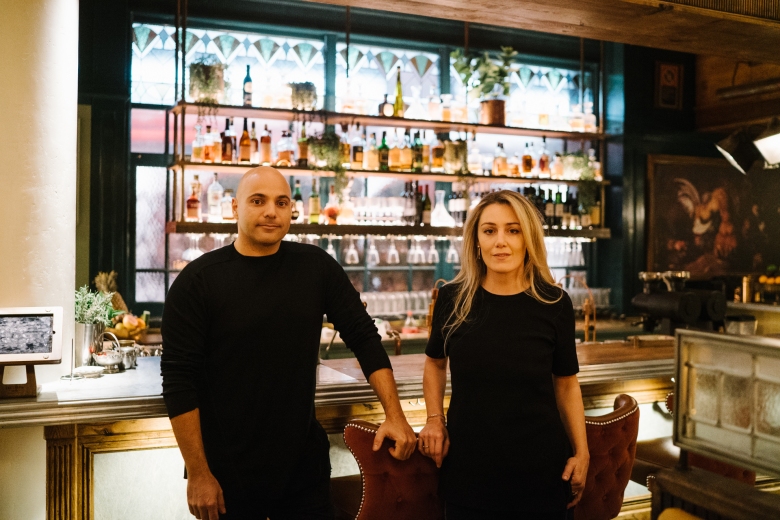 Incredibly invested in their design work, now with numerous awards to their name, it’s easy for Caroline and Vince to pick what will work and what won’t when it comes to hospitality venues.

“For a project to be successful it is fundamental that our client’s have a strong vision, brand and offering.  It’s about analyzing projects holistically as what we create is only one component to the equation.  Every facet needs to resonate in order to ensure its longevity and that its success has its own voice and personality.”

But while awards and acknowledgement and being experts in their field are great says Vince, it’s not why they do it.

“I guess when it comes to our projects we use ourselves as guinea pigs: we love food, we love travel, we love design, we love hospitality and people – we love watching peoples facial expressions when they walk into a newly opened venue that we’ve delivered,” says Vince.  “This is what makes us tick…”

Know another great team we should interview? Get in touch at brittany@meetthepeople.co or  Subscribe to the conversation.